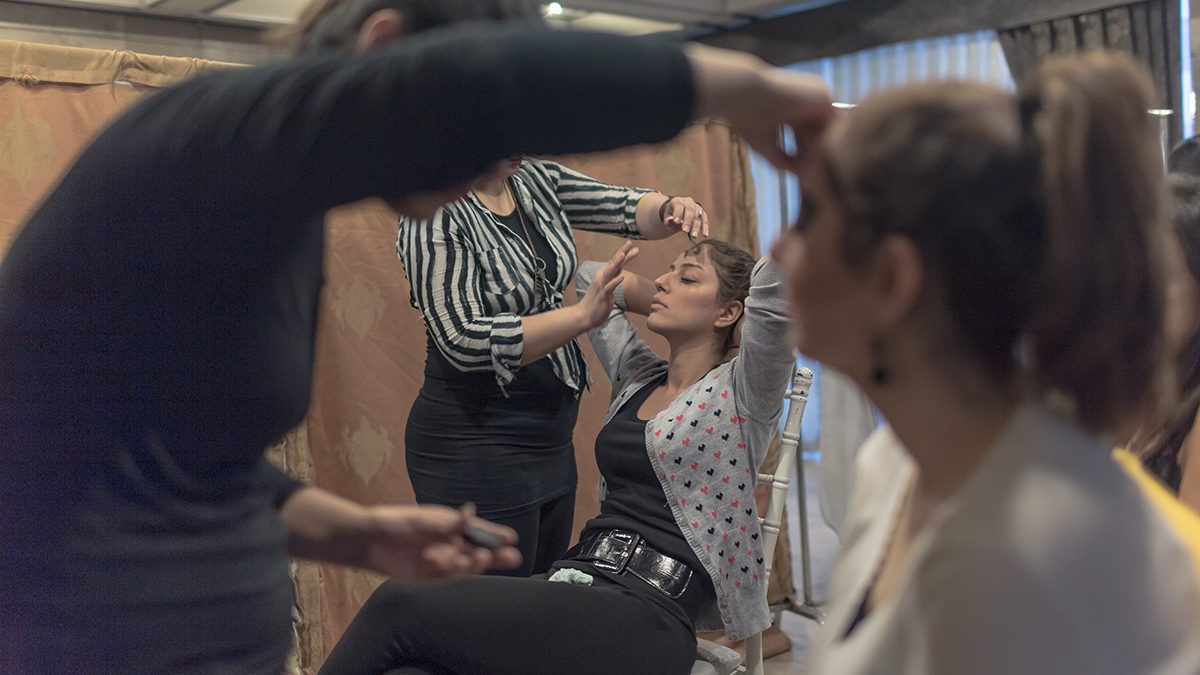 Zahra and Golnoosh making up one of their friends to be photographed as a model. Zahra,40,Student, Golnoosh,23,an industrial design student, and Saeed, 25, a photographer, after unsuccessful efforts in their professions, teamed up and started an underground(illegal in a way) design, production and marketing of women’s clothing to make money. Focused on Zahra’s designs, they started to buy the necessary cloth and fabrics, then by the help of friends and relatives, they started the sewing process and after that they decided to run an underground fashion show.According to forbiddance of women modeling in Iran, there’s no women modeling agency available, so they had to count on their friends to carry the job.After much efforts they decided to run the show on middle October. being underground fashion show, only people with invitation were allowed to attend the show and they were not able to do public advertisement, instead they used Facebook as a ground to do the advertisement and the marketing, using photographs of the models. This fashion show, which the team hoped to be fruitful and saw it as a gate to entering the fashion and wearing market, failed and shut down. Fashion in Iran, has always been around illegally and underground.Clothings in accordance with the district rules of Islam (Hijab) are allowed to be designed and marketed, so a large amount of women dressings and wearings are presenting underground.